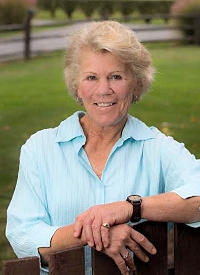 Susan Davis
Susan recently retired after 41 years as Head Men’s and Women’s Swim Coach at Swarthmore College in Swarthmore, Pennsylvania where her swimmers were consistently represented at NCAA Division III NCAA National Championships. Under her guidance, the men’s and women’s programs produced 101 National qualifiers and 48 NCAA All Americans. She coached multiple Outstanding Performers at the Conference and had one woman become top 9 finalists for NCAA Woman of the Year. Her teams consistently finished in the top 2 at the Conference Championships and both teams won Conference Championships. Susan was a member of the NCAA National Swimming and Diving Committee for Division III and received the NACDA Sears Collegiate Championship Award twice.

Prior to joining the faculty at Swarthmore in 1974, Susan founded the women’s swim team at her undergraduate alma mater, Springfield College, in Massachusetts. While a teaching fellow at Smith College, Susan founded the competitive swimming team while earning her Master of Science degree. Susan remains an active competitor in the equestrian sport of 3-Day Eventing and twice trained with the US Olympic Team in 1973 and 1977. 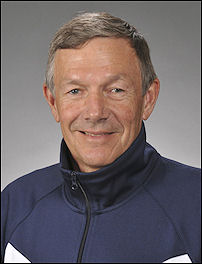 Mark Schubert
Mark is the Head Coach of the Mission Viejo Nadadores, and he returned in 2017 to the world renowned program that he developed from 1972-1985. He formerly was the Head Coach and CEO of the Golden West Swim Club in Huntington Beach, California. He was USA Swimming’s National Team Head Coach from June 2006 until November 2010.

Schubert has demonstrated coaching success at all levels – club, college, and international – matched by few coaches in the history of the sport.

At the international level, Schubert has been a familiar face on the Olympic coaching scene, serving on every Olympic coaching staff since 1980 and placing 38 swimmers on U.S. Olympic teams. Schubert was Head Women’s Coach in 1992 and 2004. He was the Head Men’s Coach in 2000. He was a Women’s Assistant Coach in 1996, and an assistant for the combined Men’s and Women’s teams for 1980, 1984, and 1988. 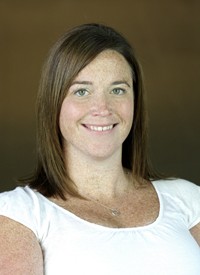 Jill Greenleaf
Jill  has been the Assistant Director of the Eastern and Central States Swim Clinics since 1998.

Jill is presently the head coach of Skidmore College men’s swimming and diving programs and was chairman of the Upper NY State Collegiate Swimming Association. Under Jill’s guidance, Skidmore swimmers & divers have set 173 program records and earned the program’s first NCAA All American.

While a student/athlete at Swarthmore College, Jill was a four-time NCAA Division III All-American and held numerous conference and college records.